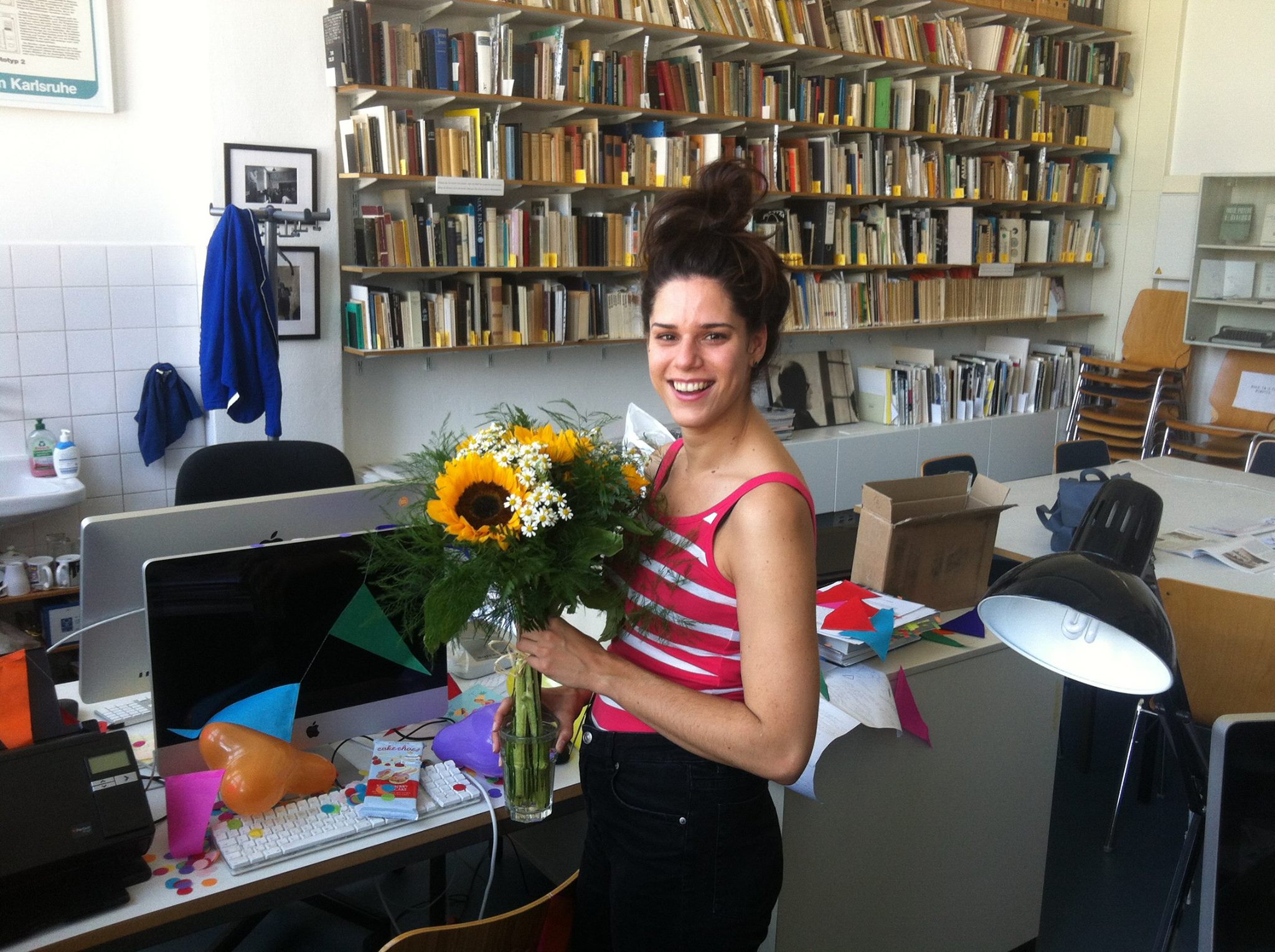 If I look back in time to the little girl I was, I would never imagine that, someday, I would be doing what I am doing. And where I’m doing it. Life for me has always been like a mysterious puzzle, an adventurous game I had to play if I wanted to put the pieces together and see the “big picture”. Took me a long, long time to understand and accept my own path and the loneliness that inevitably came with it. I remember that, as a child, I wanted to be things like a dentist, a vet, a lawyer, a super model or even a singer. In 2005, I ended up doing a Bachelor Honours in Journalism at the Federal University of Rio Grande do Sul (UFRGS), 4500 km away from the city where my family lived. Back then, everything for me was just like an amusement park: I had conquered the dream of entering in such a prestigious university and I was convinced that I would become the next most famous TV news presenter in Brazil. I was just 18 and, just like all of them, I thought I knew everything.

Along the way, I discovered the burden of doubting my own abilities, my career choice and the distance from my relatives: was it worth to be so far away from the ones I love? After studying and working in some TV stations, I even lost the certainty of whether or not I wanted to be in that universe. However, in the last minute – or more precisely in the last year of undergrad studies – by chance I bumped with the world of congresses, presentations, articles and the possibility of doing research. And that new world of knowledge just captured me: thanks to my dearest mentor Ana Taís Martins Portanova Barros, I could be introduced to big words like “epistemology” and wonder around Thomas Kuhn, Boaventura de Sousa Santos, Paul Feyerabend, Fritjof Capra, Gaston Bachelard and the Theory of Complexity by Edgar Morin that I so much fell in love with.

From now on, life wasn’t the same. And I had also changed. I wanted to keep digging in my own doubts and in 2011 two options rose up in my heart: the prestigious Master in Communication at USP (the top and most distinguished Brazilian University of São Paulo) or take a chance in a Research Master of Social and Institutional Psychology at UFRGS as a B plan. Luckily, plan B worked out. Doing this master was just the most incredible experience I could ever live: under the supervision of Inês Hennigen and Rafael Diehl, my days were filled with the company of incredibly sharp colleagues, top thinking professors, inspiring classes, true friendships and, of course, lots of Michel Foucault. Fortunately, the Postgraduate Program I was in had a peculiar interest for the Post-Structuralist perspective.

It was thanks to this way of doing research amidst genealogies, discourse analyses, Gilles Deleuze, Bruno Latour, Isabelle Stengers, Jacques Lacan, Sigmund Freud and seminars specially dedicated to read complete books of Foucault that I built what I consider my base. A base strong enough to question not only the outside of what was presented in front of me, but the inside of what I was and had become in order to sculpt life and research as a piece of art. I was taken by the beauty of freedom. And from now on, my body could no longer stay still: I passionately threw myself into contemporary dance classes, performing arts and anything related to body. All the anguish that came along in this process of embodiment shaped my master dissertation entitled “Impressions of a connected body: modes of government produced by advertising incitements to digital connection”. After two years of hard work, I could finally deconstruct the premise of a life better lived because of being digitally connected.

Nevertheless, this question wasn’t enough. As soon as I finished the master, new doubts started to knock on my mind and guided me to the next step: a PhD. Back to my study roots, in 2014 I was selected to do a PhD in Communication at the State University of Rio de Janeiro (UERJ). New city, new life, new colleagues and, above all, a new philosophical passion: Vilém Flusser. Once again, I was gifted to get in touch with such a key thinker to understand our mediation practices thanks to my mentor Erick Felinto de Oliveira, one of the top researchers of Flusser in Brazil. But beyond Flusser, Rio de Janeiro also brought a new habit to my life: the practice of Tantric Meditation. And with this new tool and Flusser and performing arts and contemporary dance and flamenco, in 2016 I went to Spain to do my one-year cotutelle studies (cotutelle is a double PhD program) with the Polytechnic University of Valencia (UPV) under the PhD Program of Arts: Production and Investigation. Embraced by the welcoming supervision of Josefa Lopez Poquet, I worked with an incredible team of researchers at the Laboluz (“Light Laboratory”) and had the opportunity to contribute to their projects on refugees and video mapping. I have never learned so much in such a short time. However, it was still not fast enough: after Valencia, I went for three more months to Berlin as a Research Fellow of the Vilém Flusser Archiv, at the Berlin University of Arts (UDK). Again, new city, new life, new colleagues, new language: all to be closer to Flusser. My role was to investigate the concept of technical image and to systematize the correspondences – the biggest “black box” of Flusser’s work – exchanged with the engineer Milton Vargas and the poet Dora Ferreira da Silva. Along this process, I not only met what I call my “Flusserian Family” sweetly made by Anita Jóri, Alexander Schindler, Rafael Alonso, Martha Schwendener and Lucas Maia, but also the most precious person in the world: my Australian husband, Ajit Nicholas Alister.

All of a sudden, my life turned upside down by that unexpected meeting of souls and, for love, I moved to Australia in August 2017. New city, new life, new language and new routine all over again! This time, in Melbourne. To bring all these changes and life experiences in my luggage was the secret ingredient that allowed me to put in words what I had to write. And, thank God, I did it. In the quietness of the little Frankston and with the unconditional support of Ajit, I could finalize the writing of my PhD thesis “Bodies of Light: Affections of Ubiquitous Image”, successfully presented in July 2018 to obtain my double PhD tittle. It fascinates me how, what was initially planned to be a one-year round trip to study out of Brazil became a one-way ticket to the other side of the world. The reasons for that, I still don’t know. But what I do know is that what brought me here to Australia, to the Sunshine Coast, and to Brisbane as an ECR (Early Career Researcher) is a piece of the puzzle that I do have to live in order to fulfill my path. Because in the end, a good researcher is just someone that insists on seeking knowledge as a way of self-knowledge; on enduring the courage of loneliness along the arduous process of research; and on keeping alive that spark of joy amidst the bureaucracy of academia. I hope that, throughout my journey, I can bring a little bit of freshness, of generosity; of love to all those who dare to follow the doubts of their own hearts.

Camila Mozzini-Alister works as a Social Media Educator and an Adjunct Research
Fellow at the University of the Sunshine Coast (USC), Australia. Her background is a Ph.D.
in Communication (UERJ-Brazil) and a Ph.D. in Arts: Production and Investigation
(UPV-Spain), with a Research Master’s in Social and Institutional Psychology
(UFRGS-Brazil) and a Bachelor’s Degree (Honours) in Journalism
(UFRGS-Brazil). Camila has recently published the book “Does Social Media Have Limits?
Bodies of Light & the Desire for Omnipresence”, by Palgrave Macmillan.
Her research interests are the interfaces between body, philosophy
of mind, social media, digital mediation, tantric meditation, desire for omnipresence,
affection, migration, education. Camila takes writing as a field of poetic
experimentation and the body as our first and ultimate creative substratum.