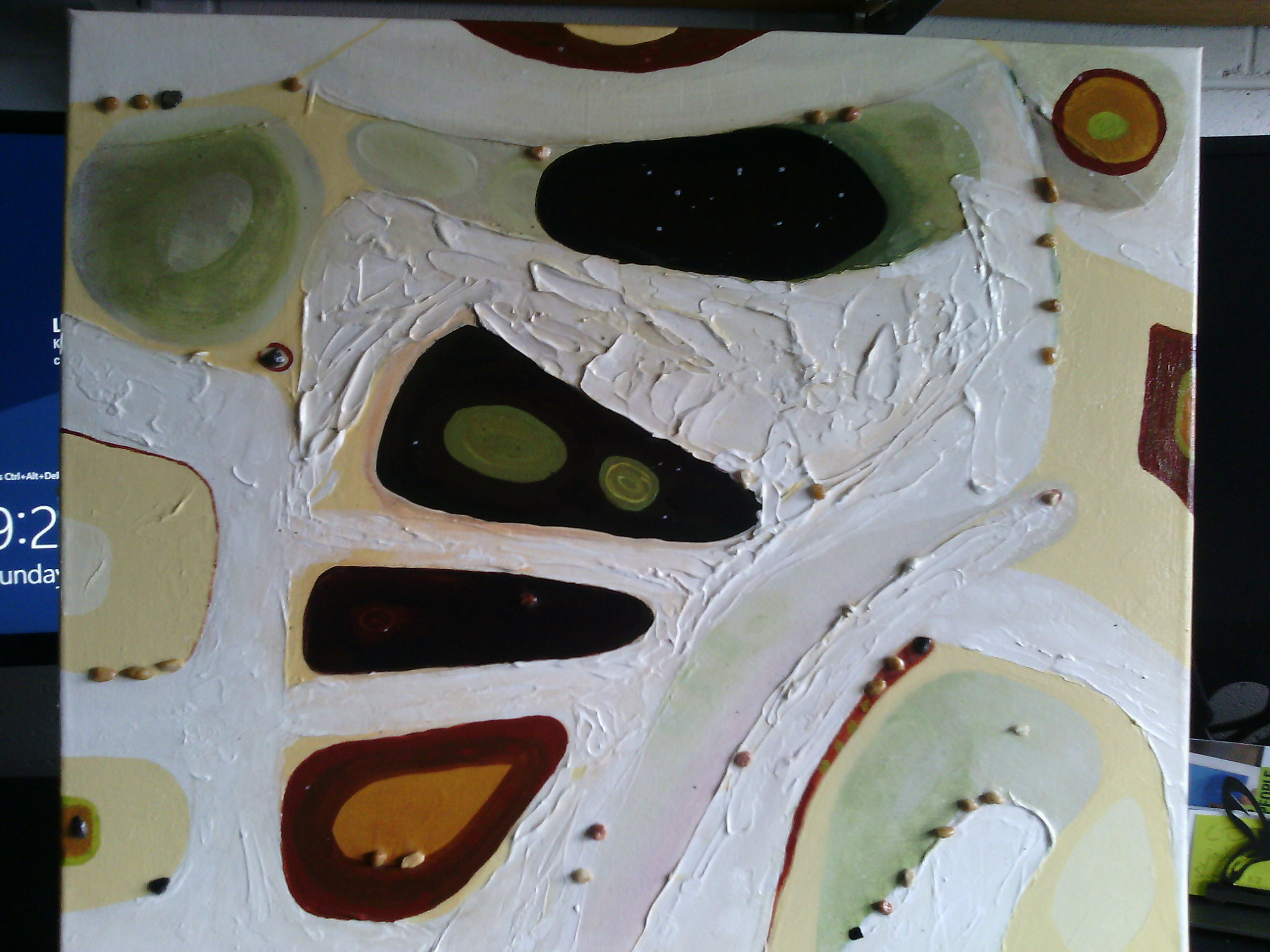 ‘No-one ever asks the early career researcher what they think’, writes Ken at the end of his story about his academic career. ‘That is why we started this [Rising Stars] project’.

My story is about asking for, and not being asked what I think in Australian academia.

I was born and raised as a white female in the Netherlands, and, important in the context of my story, educated in the Netherlands, with more than 7 years of study in undergraduate degrees. It is normal practice in Dutch education to engage in philosophical discussions. I feel passionate about promoting such discussions, because education, for me, never was and never will be about learning skills only. It is about cultivating compassion for people and the organic and non-organic world inside and outside of us.

It is about developing and restoring insight, wisdom, important in the context of an internationalising education that, hitherto, is fixed on money-making and status-building, in denial of the fact that as a humanity, we live in an unprecedented global crisis at all levels. International education means that critical disciplines such as philosophy, including a philosophy on education, have been replaced with a “schooling for everyone” for all people in the world to become producers and consumers to benefit a global market system (van den Akker, 2018).

In line with the ‘good work expedition’ I like to use arts-based teaching, learning and research as a way for my students and research participants to acquire insight into how things are, the context in which things (seem to) matter, that our actions have positive or negative effects in the future depending on our intentions and focus of attention, and that we are on a learning journey which includes not-knowing and continued questioning of our mission and ways of working.

For people in the Netherlands, the neighbouring countries deeply influence Dutch people’s understanding of the world. Engaging with and listening to others with interest, and cooperation, are primary in human relations. In Dutch culture, people are expected to participate in discussions, and self-organization and creative thinking are also expected (though not always for altruistic purposes).

Where there are hierarchical structures, they are usually quite flat.

Not so in Australia!

Geert Hofstede (Hofstede Centre, n.d.; Hofstede & Hofstede, 1996; Hofstede & Hofstede, 2005) qualifies Dutch culture as a feminine culture which values nurturing and participation, whilst Australian culture is masculine where ‘the winner takes it all’ (Kraaier, 2017). The difference in the object and style of communication is reflected in government communication practices (ibid), but in my experience also in educational communication practices, including ‘higher’ education! In Australian universities, cross-cultural value differences are largely ignored, which I find hard to understand given that international education is a high priority in Australia (Future Unlimited, 2017; van den Akker, 2018).

People in power-positions may like to take note of a study which van den Bos et al. (2010) conducted, to gain insight into the role of voice in social interactions. They found that feminine cultural settings that, typically, value and nurture the disadvantaged, also value the voice, the opinion of the underprivileged. Such a feminine environment makes disadvantaged people feel valued and contributing to society. In contrast, if their voice is denied, they feel devalued and unable to contribute.

They may also like to take note of my own study (van den Akker, 2010), which found that educational change is enabled in safe (feminine) contexts that nurture and as such encourage a diversity of people to ‘give birth’ to their creative potential and achieve a higher level of self-realisation.

I came to Australia in 1988, together with my New Zealand partner (at that time). After that year and working for several years both in Australia and the Netherlands both in formal and non-formal educational settings, I was offered a teaching job in an Aboriginal community school in the Tanami Desert. The time I spent living in this Aboriginal community changed my life. I reconnected with the spiritual part of me when my ‘skin’ family took me ‘on country’. It prompted me to do a PhD in cross-cultural education with a holistic focus on the dynamics in this field.

I started the PhD at the University of Humanistics in the Netherlands, which emphasised the importance of complexity theory and organisational development. After a year I moved back to Australia to complete my PhD here.

But I did not realise that cross-cultural education in Australia meant something different to what it meant in the Netherlands. My Australian supervisors at the regional university in which I was enrolled, saw the world with different eyes. They took no note of the fact that I came from a different culture, and never asked what the education system and ways of working were like in the Netherlands, and how this impacted on my study. They had no interest in my personal experiences as a migrant and what I had to say as a person. They had no knowledge or interest in complexity theory or organisational development. There was nobody else at this university who had expertise in these areas. This would not have been a problem had I been engaged in a study that concerned something completely unrelated to my personal experience. But my study was an exploration into a deeply politicised area that impacted on Indigenous people in Australia, but also on my own life as a female migrant.

On various occasions my primary supervisor, the sociologist, used to say:

“Don’t say in your thesis what you think. You can say what you want after you have graduated!”

I took her advice on board.

I graduated with a high distinction.

After my graduation, I was unemployed for almost one year. I was desperate for money, had no savings left. My ex-PhD supervisors were no longer supporting me. I was once again left on my own. Nevertheless, I tried to write and publish academic articles in the English language as a non-English background speaker, to improve my chances to find work in (Australian) academia.

I started working as an Early Career Researcher and lecturer at a university to work with Indigenous students. I got this job, they said, because I had a PhD in cross-cultural education.

But I was not able to build on the study I had completed. I was there to do a job. Contrary to what I was used to in the Netherlands and ‘promised’ by my ex PhD supervisor, I could not teach in the way I wanted and say what I thought was important. I was not expected to contribute to discussions. To the contrary, I was shouted at if I taught the way I was used to and spoke out. I was warned to ‘keep a low profile’.

I felt gagged as a non-English speaking background migrant and female, who tried to make a living in a masculine culture.

But I could not leave and afford to lose my job. Being employed on contract, and without family support around me, I complied and felt more and more insecure, personally and professionally. Meanwhile, my parents and some very dear friends in the Netherlands passed away. Though I loved working with the Indigenous students, I was in a deep crisis.

After 3 years I left this job. My academic career collapsed. I was able to do some short-term contract jobs at universities, but none allowed me to build on my expertise. I felt like I had failed, personally and academically. I believed I had nothing to contribute to the academe, so enrolled in a study to become a Transpersonal Art Therapist. I completed this study in 2015.

I continued to live in poverty but also had time to reflect and recover mentally/emotionally.

Then, after 8 years Post PhD, I got the job I am in now as a Postdoctoral Research Fellow. It is again a job on contract, and I am paid at the lowest level of the academic scale. The question ‘what I think’ is still a question rarely asked, and I am still hesitant to say or write down what I think, afraid that I will be punished again for speaking out. As someone who is committed to holistic and arts-based forms of education and research and writing (auto-ethnographic) stories, it is hard to publish papers in high ranking journals and as such gain ‘credit’. But I love this job, because I now have the chance to make up for, what feels like a waste of time.

I also know that the idea of wasted time is a contrived idea, influenced by people who assume the world is a (masculine) place where we live to ‘win’ and make a career and become someone or something in a future that does not exist in the present.

Personally, and spiritually, I have learned many lessons at a very deep, existential level, which probably improved my personality as a human being, with more compassion for people of all ilk.

I guess that is all that really matters.